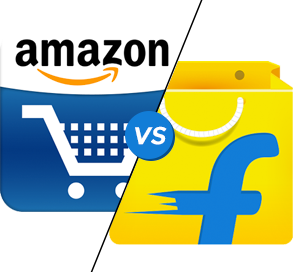 Let's talk about India's favorite tech battle of the moment.

Every Indian in tech has an opinion but not a lot of numbers to back it up.

We have info for App Installs, Search Traffic, Complimentary Products and Funding. (all data from Google Play store. India is almost all Android.)

Let's see what the future holds:

1. What is the current battle status with Mobile Apps?

Flipkart has had a huge first-mover advantage: App installs. 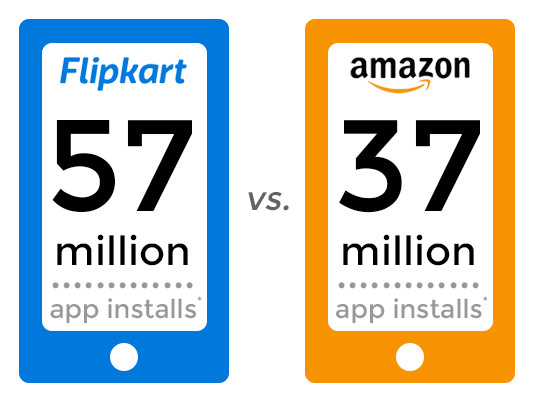 *How we got the estimates 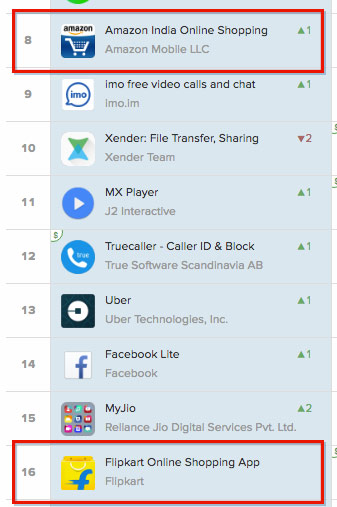 Amazon is now the #8 ranked app in the Google Play store and Flipkart is stuck at #16.

Amazon was enjoying +200,000 app installs per month compared to Flipkart in May 2016 according to App Annie.

But the ranks have changed. Amazon's rank has moved up seven spots and Flipkart has stayed the same.

Amazon has gotten twice as popular.

Estimating is hard since most app store numbers are private. We are going to say this bump is giving Amazon a now +400,000 app installs over Flipkart a day compared to May 2016.

What does this mean?

It will still take 4 years before Amazon will pass Flipkart in App Installs.

We believe this number is too conservative.

Advantage: Amazon (because of their current app store ranking)

2. What about App Usage? 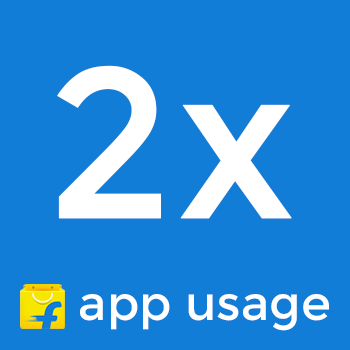 Flipkart is WAY ahead of Amazon on this.

According to App Annie data:

4.7% of Flipkart's users (app install base) open the app everyday

Only 2.7% of Amazon users do so daily

This means even if Amazon gets the same install base as Flipkart. Flipkart will still have twice as many daily active users.

This could change in a big way over the next year due to Amazon Prime and Instant Video. Time will tell if users pull Amazon out of their pocket for these services.

3. What about Web Traffic? Who is winning?

Amazon is dominating in search traffic and passed Flipkart in late 2015.

Flipkart made an early bet on focusing the majority of resources on their mobile app.

In fact, they made a big bet with their fashion company Myntra going completely Native Mobile. They shut down the website only to relaunch it again under 2 years later.

Amazon has an advantage here because they are an international company. They have some of the best SEO (Search Engine Optimization) experts in the world that can execute globally.

4. Complimentary Products to Fuel The Machine

Both Amazon and Flipkart have complimentary products to drive installs and usage.

Let's take a look at what each company has to offer: 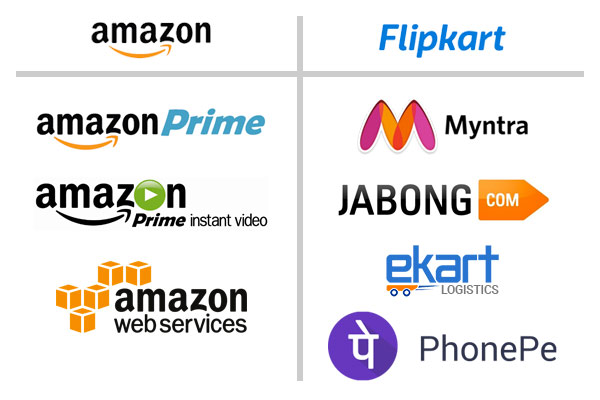 Amazon is launching products to be top of mind for consumers.

We believe Flipkart is more integrated with the Indian ecommerce ecosystem at moment. 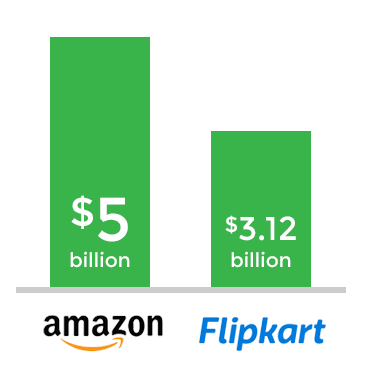 They have gotten a lot of investment dollars to wage this battle:

There has been a shift in spending this money.

Amazon is using a lot more of their money for marketing and growth. They need to catch Flipkart and are spending that way. Amazon is already flooding the market with Ads to catch Flipkarts mobile install base.

They also have a tech advantage. They can just hook into their existing Amazon global tech platforms that are at scale.

Whereas Flipkart has to invest more in tech to build things from scratch.

Our bet is Flipkart has 2 more years of being the #1 ecommerce destination in India.

After that, Amazon will take the crown.

What do you think?

If you have an opinion on this article please share it with your comments.

Feel free to leave a comment below if you agree, disagree or have your own estimate.


Sources for this article